What Is County Committee?

The Democratic Party is governed by committees of registered Democrats, from the national level down to state and community-level.

County is the most local level of party governance in New York.

Every two years, Democrats in each assembly district elect two district leaders: one male, one female:

The district leaders and chair make up the executive committee of the county committee.

There are 21 assembly districts in Brooklyn, so when all seats are filled, the executive committee has 42 members. 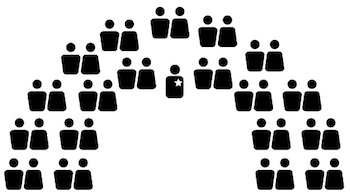 Each election district (or ED) is made up of a small number of city blocks.

Each ED has 2 to 4 seats in the general membership of the county committee; so when all the seats are filled, there are approximately 5000 members.

Unfortunately, a vast number of these are left unfilled, undermining our goal of broad participation in county decision-making. 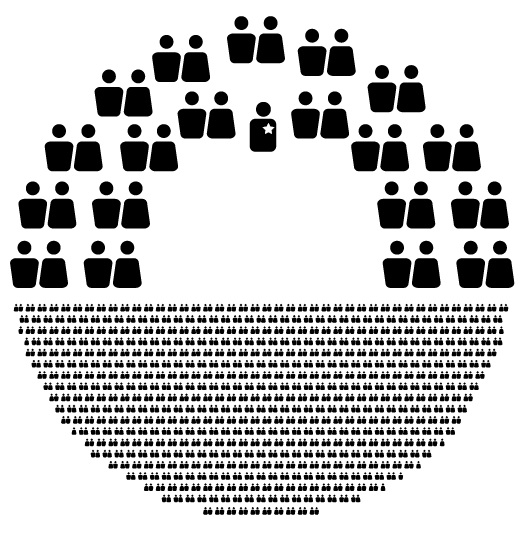 What is the County Committee supposed to do?

What has the County Committee actually done?

Thanks to NKD's Rep Your Block project, and organizing by other reform-minded clubs and district leaders, thousands of Brooklyn Democrats have run for County Committee seats for the first time. These new members have won some victories for transparency and accountability, but have faced constant opposition from party bosses and their allies. Some of our victories in recent years are:

The party tried to cancel the 2020 organizing meeting of the County Committee, members sued and a judge ruled that the meeting be held in December 2020. The online meeting was a disaster, a 13 hour session where party leaders were unable to properly tally a single vote, but it ended with the members outvoting the party chair for the first time in memory. Members won an agreement to implement a package of reforms at the continuation of the meeting the following week. At the continuation, the newly-appointed presiding officer declared the previous vote invalid and tossed out all the reforms. As of August 2021, members were still waiting for the resolution of another lawsuit regarding the conduct of this meeting. Hopefully in the future county committee members won't have to go to court to force party leaders to hold a democratic meeting and act in good faith, but we'll keep fighting until then!

What are our goals for the future?

But Brooklyn is one of the most Democratic counties in the country. We think we should set the standard for innovation and progressivism, and demand competence and transparency from our local elected officials. We’re uniquely positioned to continue advocating for systemic change in our often-dysfunctional state and local governments, to move Brooklyn toward a more progressive future.

But in order for that to happen, we need your help! Sign up now to #RepYourBlock!