What Is County Committee?

The Democratic Party is governed by committees of registered Democrats, from the National Committee level, down to State Committees, and then local community levels. 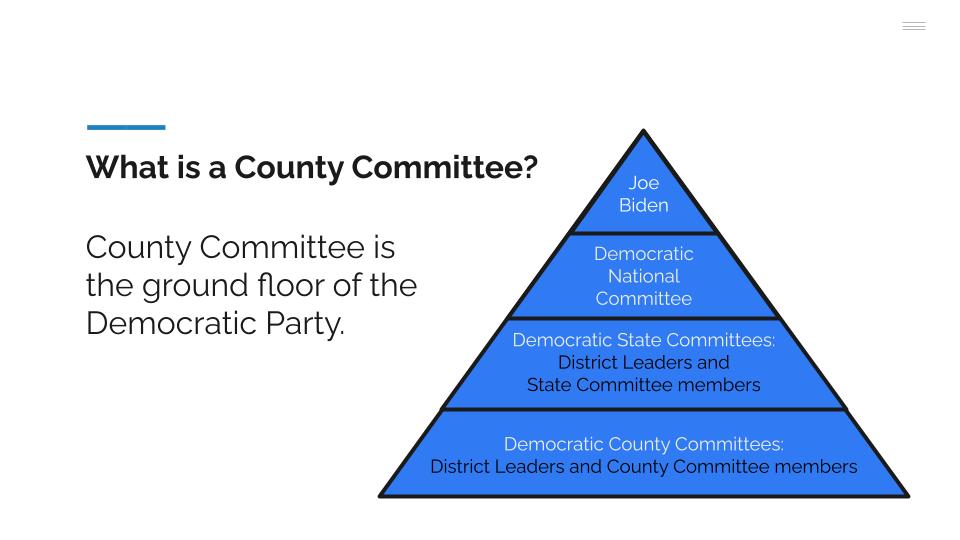 Kings County is organized into 21 Assembly Districts (ADs). The map below shows the ADs and their numbers, updated as of 2022 redistricting. 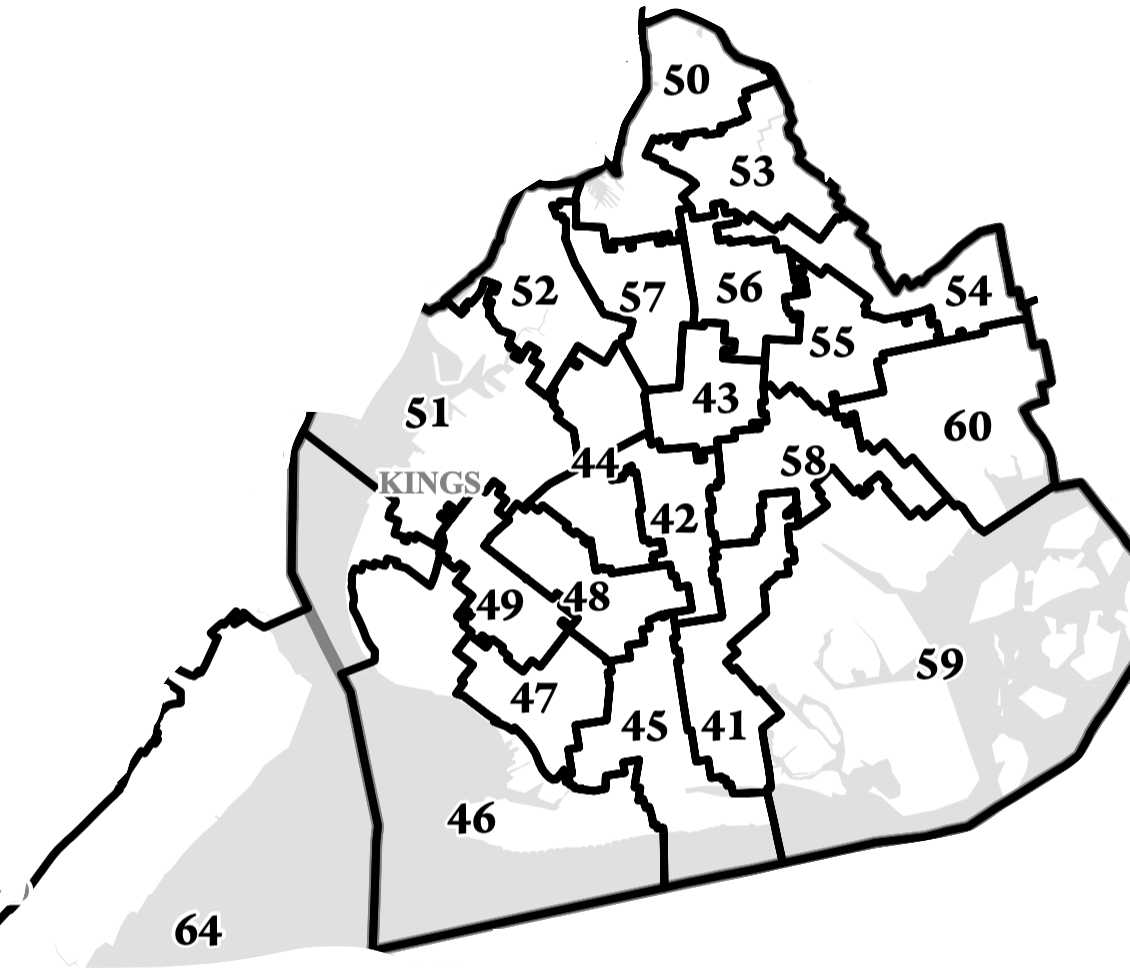 Every two years, Democrats in each Assembly District elect two District Leaders. This vote happens at the Democratic Primary Election in June. If you’re wondering why you don’t remember voting for your DL, it’s because they don’t appear on the ballot if they are running unopposed -- and many times they are unopposed!  Find out more about District Leaders here.

But there's more! Each AD is divided into Election Districts (EDs), which are made up of just a few city blocks. Below are two maps: one is AD 43, located in the center of Kings County, just east of Prospect Park; the other is a close-up showing a few EDs in AD 43, Election Districts 1, 2, 3, and 4. 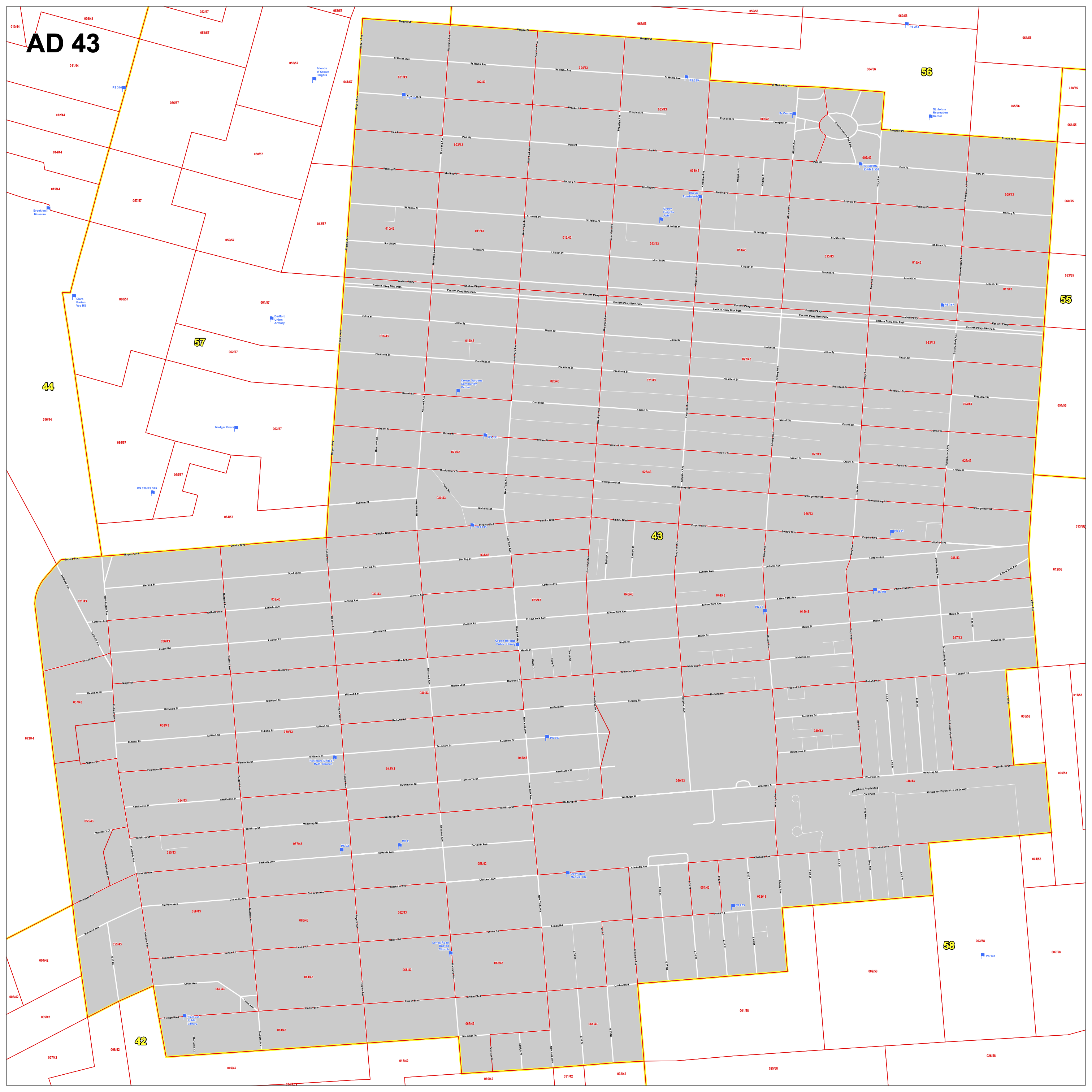 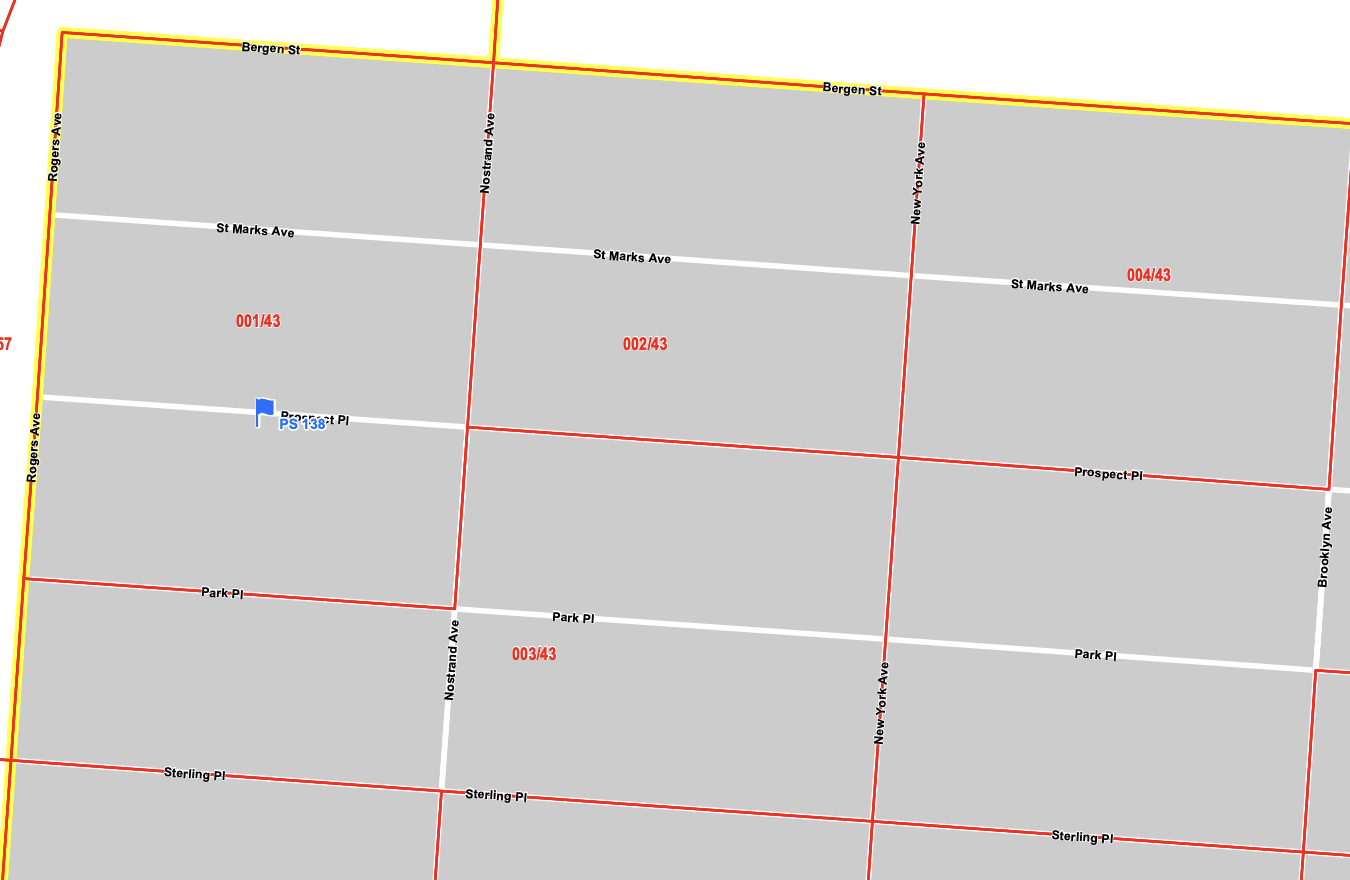 Each ED has 2 to 4 representatives in the general membership of the County Committee; so when all the seats in Brooklyn are filled, there are approximately 3800 members (as of 2022 redistricting).

Unfortunately, a vast number of these seats are left unfilled, undermining our goal of broad participation in county decision-making. Ideally, a full County Committee will have every seat filled and each Assembly District properly represented by its residents and District Leaders.

The District Leaders are responsible for choosing the Democratic Party Chair, sometimes called the “Party Boss.” 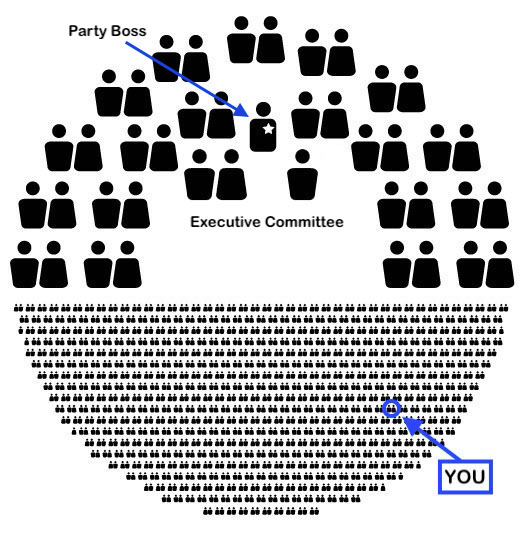 What does a County Committee member do?

The Problem & Our Challenge

Brooklyn is one of the most Democratic counties in the country, yet important strategic decisions are made by a few party insiders and they don’t reflect the will or values of voters.

Because the Democratic Party is so prominent in New York, most city and state level candidates who run have some ties to the Democratic County Party, relying on party endorsements or resources. On the surface, the County Party positions may appear less prestigious or less important than City or State positions. County Committee member is the smallest role you can play, and District Leader is an unpaid part-time position. But County Committee positions have tremendous influence over shaping the direction of the party and over elections and races in New York.

Having familiarity with County and being on County Committee will open doors for you and help pull back the curtain to see how politics in New York really works.

What can County Committee do?

Rep Your Block envisions a much more robust County Committee, where members have real say and vision for the party in Brooklyn and promote “small d” democracy in one of the most Democratic counties in the nation.

We think Brooklyn should set the standard for innovation and political energy in the Democratic Party, and we should have a County Committee that is inclusive, participatory, and transparent in its actions.

Being a County Committee member will be what you make of it! The basic time commitment is very low, but holding the position will give you leverage to take on bigger initiatives and make connections across Brooklyn.

What do YOU envision doing as a County Committee member?

Ready to run? Sign up now to Rep Your Block!